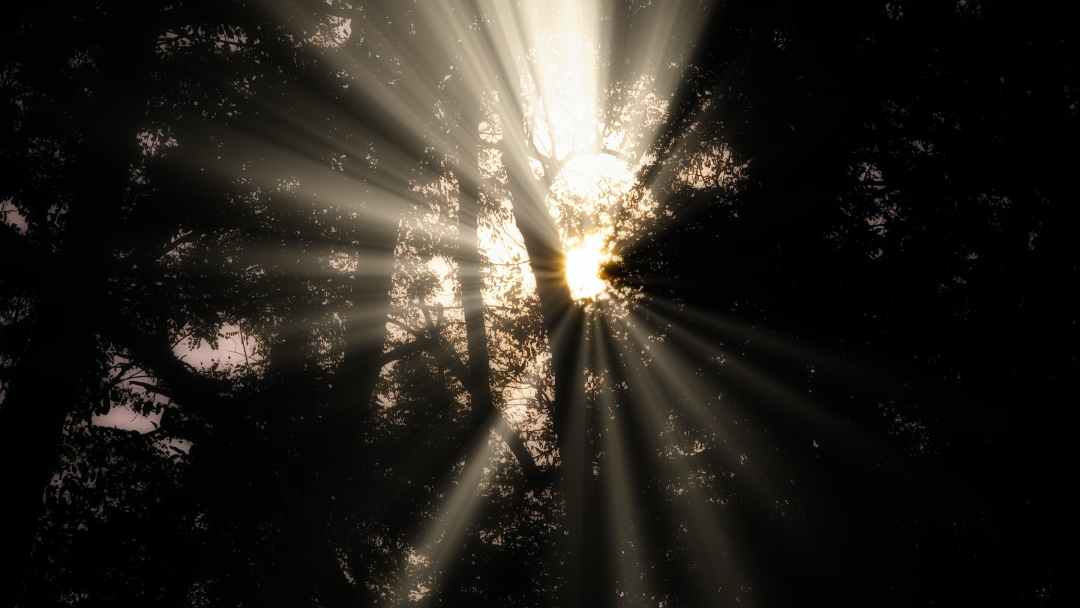 We Bengalis have a tradition of ghost stories. Compared to the occidental vampires and werewolves or the genie of the Middle East, ghosts, ghouls are part and parcel of Bengali rural life. They are very many in number and their ghost class depends on their nature of death, as well as their living status in past lives. Tara Shankar Bandyopadhyay, the celebrated Bengali writer, has a whole book which humorously discusses the various classes and sects of Bengali rural ghosts. In fact, ghost stories in evening low light with the accompaniment of puffed rice, fries and hot tea were an integral part of Bengali culture even two decades back.   But here I am going to narrate a real event, I heard in my childhood, a story whose answer I am still seeking.

My grandmother, whom I called Thamma, died in the month of January in the year when I was studying in Class VII. Thamma was both loving and caring, but there was an aura around her, a certain atmosphere of strangeness. She suffered from a fit, a kind of seizure. During her fit she would lie stiff, with eyes closed and hard closed fists as if in a state of rigor mortis. This would continue for an hour or even more. But after the fit was over, she would become normal. I, myself saw her in this state at least twice. But my grandfather, Dadu, told me strange stories about her. Earlier she used to do strange things during her fit. She used to murmur during that state. My grandfather believed that she used to be possessed by her dead elder son who communicated with the family through her. Dadu even showed me a copy where Thamma in her state of fit wrote pages of English, though she did not even have formal education. I know, any modern psychologist today would rule her out as a patient of split personality. But both Baba, my father and Dadu told me of an incident which still remains an enigma to me. This story I would narrate just as I had heard in my childhood from Baba in his own words.

It was some years before independence, sometime in the late thirties. Our house was at the remote end of Kadamtali village in Bikrampur District, now in present Bangladesh. As far as I remember, it was a late autumn evening after Kali Puja. The chill in the atmosphere was slowly beginning to be felt in the bones. I was playing in the courtyard of our house. Suddenly, in the twilight I saw a Sadhu approaching our house with an assistant. Quite frightened by the man’s appearance I ran in and told my parents that a fearsome Sadhu with matted hair, long beard, dressed in red with a trident in hand was heading our way. My father, being a pious man, immediately hastened out and welcomed him to our outer room. He washed his feet and served him fruits and sweets to the best of our ability. The man was very demanding. Twice he sent my father to the shop to buy a particular sweet of his choice; and remember, the shop was far from our house and it was already late evening. I, even as a kid, felt that the man was too greedy and demanding to be a Sadhu.  My mother for some strange reason preferred to distance herself from him.

Intuitively, she was not happy with the man in our house and twice she called father to the inner house and warned him to be careful. My mother, as you have seen quite a few times suffered from fit, a kind of seizure, and this particularly happened if she was in a state of tension. On that day also, late at night she fell into that seizure. It was well past midnight; suddenly she started speaking in that unconscious state: “That man is not good. He is a runaway criminal, a dacoit, having come here with surreptitious evil intentions. You all wouldn’t have been able to stop him. But don’t worry I have frightened him and he and his assistant have run away. They won’t come back.” I stood up to have a close look at Maa. She was in her deep sleep yet speaking aloud. The whole house was taken aback. We rushed to the outer room. Where was the Sadhu with his assistant? They were supposed to be resting. Had they really fled with their belongings? The outer door was ajar! There was still pitch darkness outside.  However, when my mother regained consciousness after about two hours that night, she remembered nothing of what she said.

Two days later police came to our house and told that they had been tipped off regarding the presence of an absconding criminal who had committed a murder. They showed us a photo of the same man with matted hair and a long beard. The police however informed us that this was the usual camouflage the man often took to seek safe hideouts.

A few questions about this story remain unexplained even to this day. How could Thamma speak about the unknown man in her unconscious state? More importantly, why did the man have to run away in the midst of the night? He had come as a revered traveler, a sage, seeking temporary shelter. Thamma said she had frightened her. Yet she was lying in front of the whole household in her bed all along in her deep unconsciousness.  Then how!!  Is it possible that some transparent ectoplasmic form exuded from my Thamma’s terrestrial body during her state of unconsciousness and appeared before those criminals in a shape that so frightened them away out of their wits that they ran for their lives. Something terrible must have taken place, because they were hardened criminals and wouldn’t have run away without reason. But for me the answer to these questions would forever remain unresolved. Or better to say some things in life should remain as an enigma.

Dr Krishnendu Das Gupta is a senior teacher in a government institution and an independent scholar with a Ph.D. on Ted Hughes. He has presented papers in quite a few national and international seminars and conferences. His articles on T.S. Eliot, W.B. Yeats, Ted Hughes and Rabindranath Tagore have been published or awaiting publication in journals and books, including his article on T.S. Eliot published in the centenary volume of
Prabuddha Bharata, a global magazine started by Swami Vivekananda in 1896. On invitation he has presented a paper at the Eighth International Ted Hughes Conference held at Cardiff
University, Cardiff, Wales, UK in 2018. The expanded version of the paper was published by The Ted Hughes Society Journal, London in 2019. A scholar specializing in myth Studies,
post-colonialism he has done two courses on Hinduism and Vedas and Upaniṣhads from Harvard and Oxford School of Hindu Studies (Oxford).