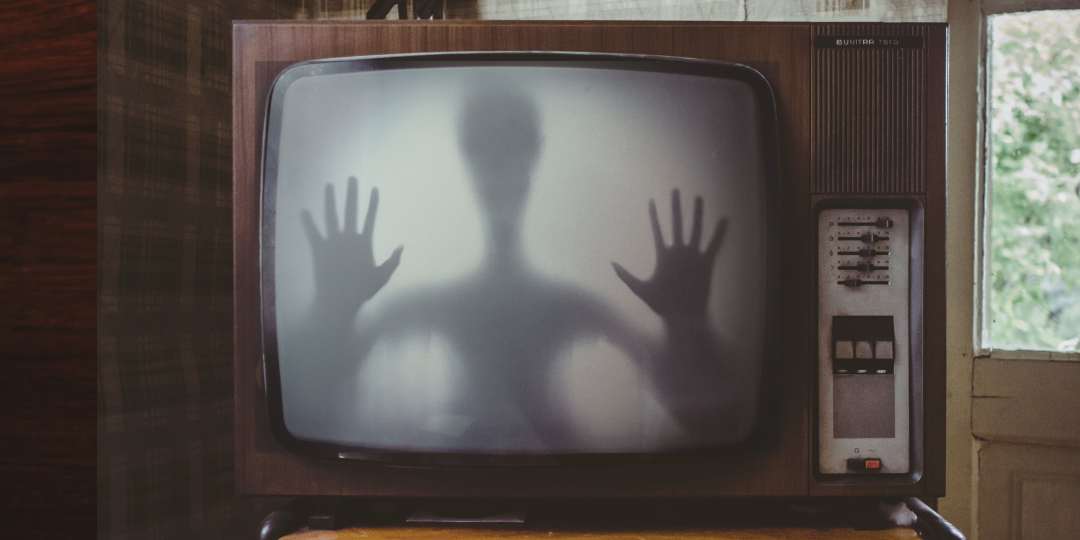 In the part of the locality where I grew up, people usually had lanterns prepared by the evening. With the nightfall, there was a thin chance of a regular supply of electricity. It might sound unbelievable now, but without proper light how does one read those textbooks, let alone finish their homework with good handwriting? We, however, knew that there was no escape. The light of the lantern was enough to continue our studies for hours. It mattered more than the mosquitoes or the heat. No amount of shadows on the wall or reluctance of the eyelids, spared us from perform obediently.

The reason why I began my story with the lantern light will become clear gradually. Let me tell you one more interesting thing about the evenings from my childhood. As kids from the 90s, we were introduced to a fascinating thing called television. Audio and visual clubbed together inside a big box. It was alive once we pushed a switch and turned a knob. We had a black and white Webel Nicco TV set with no remote control. The sophistication and awe of the device had made it out of my reach. It was an insatiable piece of curiosity as I was not allowed to touch it without prior permission from an elder. In the evenings, while my mother busied herself with cleaning and oiling the lamps, I got a thirty-minute window to watch the programmes on the television. There were two channels and my mother was the one to switch the TV on for me but, secretly, I enjoyed turning the knob and exploring what was more.

That was how I discovered that English song videos were broadcasted on Thursdays. It was thrilling because by that time I memorized the AIR timing of the English songs. Radio was easier to operate, within my reach and definitely could be moved and controlled within an exclusively private sphere. Televisions had issues. A certain distance was to be maintained, therefore, the volume could not be lesser. Moreover, there was absolutely no privacy in watching something interesting without being judged, better, rebuked or beaten up. Watching Hindi movie songs was forbidden. The hero and the heroine singing hand in hand or dancing around the garden where flowers kiss each other, was enough for a week’s detention from the television.

One such evening, with a delighted heart and much-awaited composure, I sat before the box. More than the audio, it was the visual that I was eager to devour. With a turn of the knob, MTV’s songs started. The host disappeared and a moving car in a jungle appeared. Instinctively I knew something was going to happen. There was a girl and a boy on a romantic drive at night. My premonition was strong, that night scene had something telling me not to watch what’s next.  But, how could I, the boy was proposing to the girl and there was a fair chance of witnessing a kiss on screen all by myself. I ignored my wiser voice and made myself sit closer to the screen, in an attempt to cover up the forbidden scene in case somebody appeared suddenly. I was prepared for extreme humiliation. But, little did I know what I was about to witness.

Out of nervousness and protective practices, I turned the volume down. Kept my ears busy to guard the doors for any sound of movements; authorized my eyes to concentrate only on the screen. I have slowed down the process and magnified the situation for your understanding. It took less than a fraction of a second to achieve such extreme watchfulness that day. The story continued from one scene to another. The environment intensified and the clouds made way for the moon. A full moon shone brightly in the night sky. The boy hunched down on the ground, clearly in no mood for kissing. Then he said, “Get out of here”. When I was telling my ears to hear what he was repeating for the second time, he looked up. Those glowing, big, unnatural eyes, sharp teeth and pointy ears… that one look made me spring behind the chair and cover most of my eyes, leaving a peeping gap between the fingers. He was no human, transformed into a beast, howling and running after his girl.

A cute boy turned into something beyond my scariest imagination. Years later, I came to know about werewolves and enjoyed the “Thriller” song by MJ very much. But, that evening, I discovered the power of the moon and the monster hiding behind a perfectly happy and nice human being. The screaming of the girl was unbearable. I could not master the courage to watch more or look at the TV. Running to mother was my only option. Drawing my last drop of dignity, I managed to ask her to switch off the TV. She was annoyed by the silly request. She said, “why don’t you do it on your own. I am busy”. Blocking the cluster of cries inside, “I won’t do it” came out as a stubborn reply from my side. I wanted her to leave her chores at once and shut that horrifying thing in the other room.

Immediately I regretted following her to the TV room. The song was not over. This time the dead were coming out from a graveyard. Their hands and body parts were exposed and alive. It was pointless waiting to see what was next. Those eyes and those scenes were going nowhere from my mind. Night came sooner than I expected. As usual, the lights went off. Mother went to the kitchen. Initially, it was quieter. The clock was announcing its presence louder than the other days. A lizard on the wall sat eyeing me, occasionally laughing crookedly over my condition. The silence and the darkness of the night made me remember those glowing eyes more vividly, now present everywhere. How long can one focus their eyes on the lights of the lantern? Falling asleep was not an option. Fear was creeping and crawling toward me from every side and corner of the room. It was waiting behind the humble lantern light. I desperately called for my mother before giving in. She got scared too. After a good beating and finding myself accused of fooling around to avoid studying, I took hold of her saree and made it impossible for her to move anywhere.

Thus, it went on for weeks, probably months. A child does not count weeks or months. Every day is long enough to live, breathe and explore. After nightfall, I was inseparable from my mother. I screamed, cried and did my best to not let her move from my sight. I stayed away from the TV set. If I had to go to that room or cross that room, I would not make eye contact with it. Its mere presence in the next room made my days and nights full of nightmares. The monster was alive beyond the set. His eyes were following me everywhere whether I wanted to forget it or not.

I begged for Thursdays not to come. It was like re-living that horror of watching an unexpected turn of events. To my mother’s wonder I was reluctant to spend my time in front of the TV anymore. In the neighbourhood, I had a friend. I went to her house to play in the evening sometimes. The fear was so intense and deep, I could not share it with her or anyone. My whole world was dominated by those demonic eyes, by the thought of encountering something like that when I was alone. Until one day I heard that the tenant of my friend’s house cut his throat with a big scissor. I overheard people saying that the ground floor was flooded with blood from where the stairs moved upwards to my friend’s room. What happened next, is a story for another time.

Arpita Pandey has been a book-lover and visual artist. Her faith is vested in all things magical, spontaneous and eternal. As a scholar of English literature and culture studies, Arpita has received her Master’s and MPhil degrees from the Jawaharlal Nehru University. Her Doctoral thesis is on Painting, Patronage and Popular Culture: A Case Study of Art in Calcutta from 1770 to 1870. While continuing her higher studies, she decided to venture into freelancing to gain experience in different fields. As a proofreader and short-term research scholar, she has worked with renowned academic institutions in India and Germany. Arpita worked as a street-artist cum communication manager with St+art India Foundation, New Delhi. Lodhi Art District, Arun Jaitley Stadium and Arjangarh Metro Station were some of her art projects. As an illustrator, Arpita has illustrated The Untouchable and Other Poems by Shyamal Kumar Pramanik (2020) and a brochure to commemorate Satyajit Roy (2018) by the Nehru Memorial Museum and Library. She has also worked as a columnist at Ei Somoy. Nibodhata Patrika from Sarada Math has published her article Patalbhuwaneshwar (2022). Currently, she is pursuing her career as a Content Writer for the Ministries of the Indian Government.