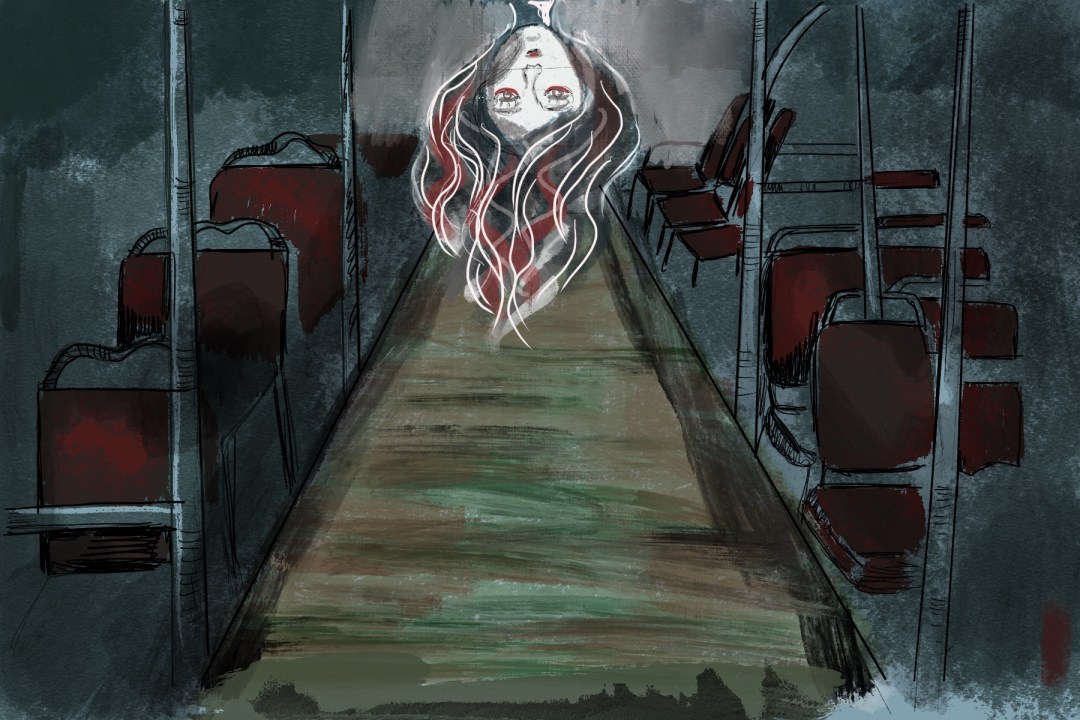 Growing up in an Asian culture, my childhood abounds in memories of supernatural and paranormal stories. Some are imaginative creations, and some are real, as might also be termed as paranormal experiences. As our culture emphasizes the existence of afterlife, we cannot totally disbelieve or doubt the credulity of some such stories claimed as real occurences. The ghosts, or Preta in Sanskrit, are unsatisfied spirits who have not been able to find peace and justice whether in life or even after death. I remember, my grandmother used to say that these spirits interact with the living to attain moksha. Often during their lifetime, these spirits have endured more tremendous suffering than humans can bear.

One such story heard from my mother in my childhood left an indelible impression on me during the unfolding of my adolescent years. It is the true story of a communist family living in Raniganj, West Bengal. Sarathi di, a saree entrepreneur in Raniganj, sold sarees in different houses around the town and its suburbs. At dusk, one winter evening, Sarathi di was rushing home with her assistant. Her day had been long and tiring. As it started raining, they had to wait under the shed of a lonely bus stop near a coal mine. At the bus stop, a woman almost ran into her. She had a distorted face, as if she had had numerous plastic surgeries. Sarathi di, always in search of potential customers, started a conversation with her.

She asked the woman, “Would you like some water?” The woman turned around and politely declined.

“My husband will get angry on me for being so late, but the bus service is not in my control!” said the woman.

Sarathi di now felt more comfortable and asked, “What is your name? Where do you live?”

“I am Lakshmi. I live in Masterpara, 20 minutes away,” she said.

As Sarathi frequently visited Masterpara for business, she felt at ease. She continued, “I had a best friend in school named Lakshmi. After school, I lost touch with her.”

Suddenly, the woman turned around and asked, “Did you study in Raniganj Girls?”

“Sarathi Biswas! I am your Lakshmi,” the woman said with a grin on her face.

As Sarathi di was overcome with joy, she asked, “How are you? Where have you been since school?”

Lakshmi paused before saying, “My father got me married to a businessman in Raniganj while I was still in college. Since then, I have had to drop out.”

“Oh! Are you happy? Do you have kids?” she asked sympathetically, thinking how similar the plight of Indian wives was. But little could she imagine.

Lakshmi took a deep breath and replied, “No.”

Sarathi di realized that she was pinching the wrong nerve. Trying to divert the conversation, she inquired, “So, how are you? After 25 years at a bus stop! What fate!”

She lifted her saree at her waist to display the burns on her body, saying, “I’m not doing well. For two months, I was in the hospital. My life was at risk after being caught in a fire, and doctors had given up all hope of saving me. My burns were severe.”

Sarathi di could see that her ribs were almost protruding through her flesh. As soon as she asked how it happened, the bus arrived. It looked overcrowded. Lakshmi hurriedly told Sarathi di her address, invited her for tea, and boarded the bus, almost disappearing into the crowd.

A few days later, Sarathi di and her assistant planned to visit Lakshmi – a prospective new customer and an old friend. When she got to the address Lakshmi had given her, they found it was locked. So, she knocked at the neighbours’ doors. The house, they said had been closed for years and so no one knew who lived there. Sarathi di was somewhat confused when a voice of an old man behind her asked, “Are you looking for someone?”

She turned around and said, “I got this address from Lakshmi a few days back.”

The old man was confused and asked, “Lakshmi? Really?”

“Lakshmi died of a third-degree burn in the hospital about ten years ago.” The old man continued, “I liked her very much because she was so chirpy and nice. When her in-laws set her ablaze, she was pregnant.” He added, “In the days leading up to the accident, Lakshmi told me they had her prenatal sex detection and discovered she was expecting a girl. But she was also worried about what her husband might do. All they wanted was a boy. She told me she had already undergone three abortions before.”

She asked, “Are the in-laws and her husband in jail?”

After a heavy sigh, the old man continued, “They absconded while she was in the hospital. Where they fled – nobody knows. In the hospital, Lakshmi struggled for two months, but her wounds were too deep for her to survive. I often visited her. She was like my daughter. She died right before my eyes.”

Sarathi di was unsure of what to say or do. She was aghast at what she had heard. Upon returning home, she conveyed it all to her husband. Her husband was sceptical and urged her to use her rational faculty. Despite feeling a great deal of rage, Sarathi di, a naïv woman had no idea as to what to do.

Several days later, as she and her assistant were returning from The Mahabir Colliery after their day’s work, they saw Lakshmi standing at the bus stop again. Horrified, they ran as fast as they could. The ‘communist’ family then conducted Sradhha, a Hindu ceremony, to pray for the peace of the deceased. In addition, Griha Shanti puja was performed to bless the house and its people.

As years have passed, I am unsure whether justice was meted out to Lakshmi. Sarathi di refused to discuss this event with my mother when she contacted her about it recently to recall the memory of the story. In response, she said she did not want to get involved in this anymore because she lives alone.

However, it is imperative not to erase stories like this from public memory. Such true stories of a woman’s pain must always live in the memory of the society and be handed down the ages to compensate for the justice she had been denied in life by her own society. There are many such Lakshmis struggling for the right to live. I attempt to give voice to the struggle of such women who continue to live and fight in this patriarchal culture.

Sohini Dasgupta is an International Masters Degree student in ‘Children’s Literature Media and Culture’ under Erasmus Mundus Joint Masters Degree programme coordinated by University of Glasgow, UK and other consortium Universities. She has graduated from Jawaharlal Nehru University, New Delhi in German Studies. Her interest lies in postcolonial and gender studies. Among her past presentations are papers on language and literature at Jawaharlal Nehru University, Jadavpur University, Kerala University, and Umran International Symposium, posters at IIT, Guwahati etc. She has published research on Chugtai, while others are awaiting publication. Apart from English, German, Bengali, and Hindi, she speaks elementary French, Spanish and Sanskrit. She has also worked as a translator. Her hobby lies in writing poetries and short stories some of which have been published.