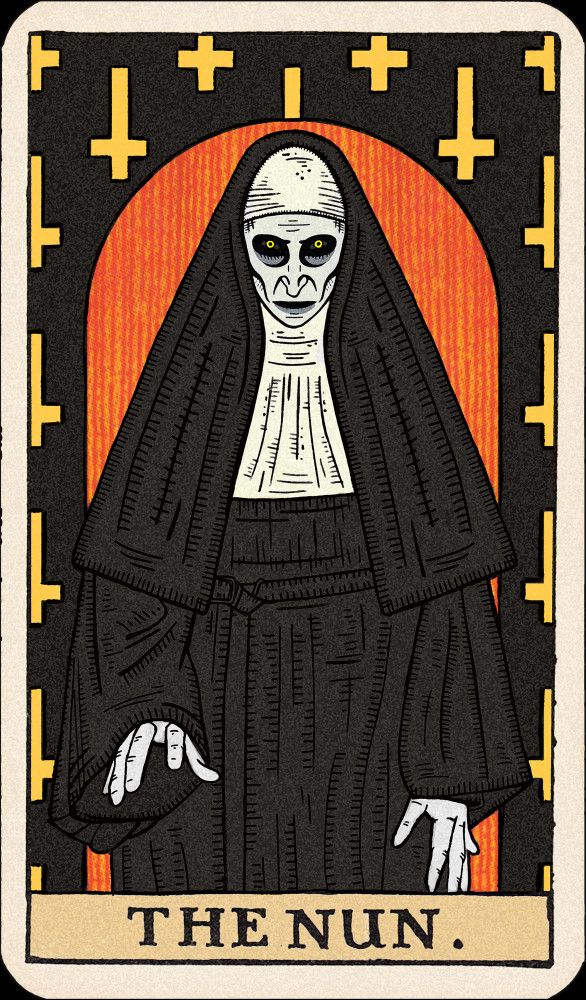 Studying in a convent school means you grow up with stories of dead nuns haunting cemeteries and unrequited love stories of star-crossed lovers who die for love and old statues of Angels and Apostles who walk around in the dead of the night in empty school premises and so on. I wrote the following story in 2012 as a part of a college workshop. It is based on a famous tale of a “brain-eating nun” in my convent school.

Friday, 21.12.12 was supposed to be the doomsday for the Mayan calendar. The End.

Samar was home for Christmas. The Christmas holidays had begun overcast. And stayed grey. Winter had loitered and cast its impenetrable haze.

“The End” was going nowhere. Samar’s English teacher, armed with modern methods of creative language teaching had set them the most impossible homework for the holidays — a story titled, “The End”, inspired, no doubt, by the Mayan End of the World. She expected the students to be delighted with the idea of creating fiction. They were horrified and disgusted.

The tall Araucaria plant that was bought enthusiastically last week—the closest approximate of a “Christmas tree” in tropics—was showing signs of wilting. But young Fatima was intent on keeping the decorations on until the end of Advent. There was no reasoning with Fatima. There was no reasoning with Abba either, who clucked, a great many times in disapproval at his Convent educated daughters and strongly held that needlessly decking up an Araucaria spurned the Farishta-e-Rehmat or angel of mercy from a Muslim household.

The moonlight was misty as in fables. The air was chilly and unforgiving. Ammi had carpeted the living room to render its glacial floor habitable.

Samar shivered as she watched the neighbourhood kids playing I Spy in the street just below the window of the newly carpeted room. Soon, Rehmat Ali, the sleepy house-help, stacked—in an ancient cast-iron firebowl—odd-shaped sticks and logs and scraps and plywood and what have you and set them all on fire. Within minutes, a rude raspberry colored bonfire bloomed enticingly in the verandah and drew the entire troupe of kids, who quickly abandoned their game and huddled around it. They were between the ages of five and ten. All swathed in a great many sweaters, some sniffling, some coughing, some nursing a runny nose. They smelt of moth balls, of old sweaters and of Vapo Rub. The orange-red glow from the fire rendered their faces surreal—ghostlike almost. It was irresistible. Samar walked down with her bowl of piping hot noodles.

The fire glowed royally, in different mysterious shades, radiating a delicious halo of heat in the piercing cold of the night. The cinders floated airily in a pool of red.

“What are you eating?”, piped in a girl dressed in a purple jumpsuit, by way of introduction.

“Do you know what Potato Chips are made of?”

“Plastic!”, came the answer, “Plastic sticks to your Einsteins and makes you sick.”

“Yes the small Einstein and the big Einstein, the long tubes that carry food from your stomach. Don’t you know?”

Samar was arguably uneased at this piece of information about plastic cleaving to her intestines.

The fire popped and crackled spouting sparks in all directions. The children stepped back in unison.

“One moody fire. Isn’t it?” Samar took off her spectacles and coughed. The fire had made everyone glassy-eyed.

The girl in the purple jumpsuit looked up and took a deep breath then announced in a dramatic voice, “It is a half moon today, in another two days it will be gibbous-moon, then a full moon. Do you know who was the first man to step on the moon?  And do you know what he said when he stepped on the moon? The moon is our closest neighbour, it reflects…Do you know what craters are?”

“So why don’t you tell me your names?” Samar tried to stop the overflow of information on the moon.

“Summer! What are you doing here in winter?”, giggled a boy. He wore a frumpy red cap and a Sherpa collared jacket. His red nose and very red cheeks made him look like a human turnip.

Samar frowned at the insolence.

“Do you believe in ghosts?” asked Samar feeling mischievous.

“Oh yes, they leave presents beneath the Christmas tree if you are nice enough the entire year”  said a mousy little girl with mousy little teeth. She wore a brown parka and kept nibbling her nails furiously like a rodent.

“What kind of a dolt confuses a ghost with Santa Claus?” said the girl in the purple jumpsuit, clearly repulsed.

“So you believe in ghosts? Why don’t you tell us all a story?” said the mousy little girl.

“Yes, a story! A story” joined in the others.

“Ok!,” began the girl  in an enterprising tone, “so there was this girl my friend knew, who had one eye move down and the other eye move right, she had warts all over her face, and her skin kept coming off in patches, she piled up the flakes and…”

“Grrrross!” eeked the boy with the frumpy red cap. There was a wave of similar reaction against the story.

Samar cringed inside. “Why don’t you try?”

The boy in the frumpy red cap thought for a while, cleared his throat and launched into action. The children exchanged wry looks. Evidently the boy’s reputation as a story-teller did not rank high in their estimation.

“..it was a coooold, foggy night”, said the boy drawling his vowels, “a bunch of kids were returning from school”

“School on a cold foggy night?” chirped in a voice from the audience.

“Tch. Will you let me continue?” The boy stiffened up in defense at this unexpected attack. “They were returning from a musical all right?”

“So,” resumed the boy, “on a coooold foggy night, a bunch of kids were returning from a school musical. The road was loooong,” he added, straining hard for each word, “and with no lamplights. The area had a power cut. While walking back the school-bag of one of the kids was caught in a…shrub, a thorny shrub”

“Who takes a school bag to a musical?” came in another assault, from a different direction this time.

The boy puckered in disappointment, then quickly regrouped,

“On a coooold foggy night, a bunch of kids were returning from a junior school musical. The road was looong,”

“And with no lamplights!” said the girl in the purple jumpsuit, shifting weight impatiently from one foot to the other.

“…the foot of one of the kids was caught up in a shrub, a thorny shrub like the one outside my house, it is right over the ramp, you can see it from here..”

“Oh never mind the shrub, then?”

“On a coooold foggy night..”

“…then, then a horde of bloodsucking zombies emerge and kill and eat one and all of them”. Out came the story in one fell swoop. The boy looked frenzied, and deflated at the obvious letdown.

Amidst a great deal of clucking of tongues and disparaging sneers, somebody said,

“Summer! You tell us a story!”

Samar repressed a giggle and continued, “so Sister Tara fell in love with Father Francis of the neighbouring St Paul’s. Now since she was already married to Jesus, things looked a little difficult. She loved Father Francis more than Jesus, it seemed. When Mother Superior got wind of the matter, she was furious. Absolutely furious!”

“Think of it child, to love another mortal when you have promised your life in the service of God and his Son.” Mother Superior shrieked in disbelief. “To while away your life in the pursuit of earthly pleasures when greater gifts await you, stupid mindless child you haven’t got the brains that God gave a squirrel.”

“That night after she had had her supper” Samar corrected herself quickly, “or rather her evening portion of Maggi, and had done her chores for the day, Sister Tara went back to her dormitory and jumped right out of the window. When Father Francis came to know of his beloved’s death he too, on the pretext of tolling the everyday bell, went up the bell-tower of St Paul’s Church and jumped right out of it.”

Samar took a deep breath and added “To this day Sister Tara haunts the Claudine Block of St Mary’s.”

“So, a hundred a fifty years later,” Samar continued, “on a dry, dusty May afternoon, three young girls were playing in the school premises. Perched on the Chapel wall, they moved forward and backward chuffing like a steam engine singing “The wheels of the train go round and round”. Suddenly one of them lost balance and toppled head on. The other two girls panicked the moment they saw her bleeding forehead and ran for help. They returned with the headmistress, yes they did as quickly as they could, but the girl was gone.”

“Gone. Just like that.” said Samar snapping her fingers dramatically, “wiped away from the face of the Earth.”

“You know what her friends found instead, on that same spot when they returned?” Samar waited for effect and squinted her eyes. “ A small pink wrinkled lump lying on the road, size of a walnut. They eyed it carefully for some time, then blurted out in sheer horror “The old witch is at it again! The Old Brainless Witch”

The children peered at Samar like she was something in a glass-case. The mousy girl looked reasonably disturbed.

“They say that Sister Tara’s brains—what little she had of ‘em—fell right out of her cracked skull when she fell from the convent window. Every now and then, in the dead of the night, she wakes up from her grave in St Mary’s cemetery and hunts little children to chomp on their brains like  Macaroni.”

Samar’s listeners were green and queasy with disgust. Some let out overdone guttural sounds of dismissal.

“Her brain?” the girl in purple jumpsuit, inquired in a stunned whisper. “The lumpy pink thing that was found. Isn’t it?

Samar preened herself, then sighed and deemed it dose enough for the annoying kids.

“The end?” asked a boy, looking askance, after a long pause.

The children sat silently gaping for a while.

“Get inside Samar, dinner is ready!” a voice pierced the icy silence. Samar got up, rubbed her hands together feverishly, and breathed into them. From the kitchen wafted the delectable smell of chicken stew.

“What were you doing outside with those kids for so long?” Ammi asked perplexed.

“Telling them a story” said Samar seating herself on the kitchen slab.

“The one about Fatima falling down from the Chapel wall”.

“And spitting out the infamous piece of chewing gum that looked like…” Ammi snickered.

“Brains, yes”, Samar winked and added, “but you can always choose your End.”

The faux snow of Fatima’s Christmas tree had fallen in cottony heaps around it. From the courtyard came half broken voices converging with the fog, and shuffling of feet “In the next two days, you see, it will be a gibbous moon, then…”

I am a Junior Fellow at Nehru Memorial Museum and Library, New Delhi. I have a PhD from SOAS University of London where I researched humour and satire in Urdu journalism. Trained to write peer-reviewed journal-articles, I’ve occasionally found myself indulging in creative writing to express myself without the grinding tyrannies of footnotes/citations, and to out-jest the seriousness and pomposity of life in academia, and life in general.